“Prisoner 174517 was thirsty. Seeing a fat icicle hanging just outside his hut in the Auschwitz extermination camp, he reached out of the window and broke it off to quench his thirst. But before he could get the icicle to his mouth, a guard snatched it out of his hands and dashed it to pieces on the filthy ground. ‘Warum?’ the prisoner burst out instinctively — ‘Why?’ ‘Hier ist kein warum,’ the guard answered with brutal finality — ‘Here there is no why.’ That for Primo Levi, the Italian Jewish scientist and writer, was the essence of the death camps — places not only of unchallengable, arbitrary authority but of absolute evil that defied all explanation. In the face of such wickedness, explanations born of psychology, sociology, and economics were pathetic in their inadequacy. One could only shoulder the weight of such an experience and bear witness to the world. ‘Never again’ was too confident an assertion. You never know was the needed refrain.

Yet despite the horror, Levi gave the impression that he had survived the poison of Auschwitz and had come to terms with his nightmarish experience. One of only three returning survivors of the six hundred fifty Italian Jews transported to Poland in 1944, he eventually married, had children, wrote books, won literary prizes, and lived a full life. His core mission, however, was always to serve as a witness to the truth, a guardian of the memory.

Writing about his deportation to Poland, he stated: ‘Auschwitz left its mark on me, but it did not remove my desire to live. On the contrary, that experience increased my desire, it gave my life a purpose, to bear witness, so that such a thing should never occur again.’ While other direct or indirect victims of the Nazis committed suicide, including Walter Benjamin, Stefan Zweig, and Bruno Bettelheim, Levi many times argued against that act.

Thus many people were shocked and saddened when on April 11, 1987, more than forty years after his release from Auschwitz, Primo Levi plunged to his death down the stairwell of his home in Torino, Italy. Feeling the burden of witnessing, the guilt of surviving, the horror of revisionist denials of the camps, the weariness of repeating the same things, and even the anxiety of seeing his own memories fade, he joined the long sad list of the victims of the Nazi hell who took their own lives.

Levi’s mounting depression in the last weeks of his life was known to his family and friends. Significantly, in his last interview he begged the questioning journalist not to consider him a prophet: ‘Prophets are the plague of today, and perhaps of all time, because it is impossible to tell a true prophet from a false one.’ In the same vein he had said earlier, ‘All prophets are false. I don’t believe in prophets, even though I come from a heritage of prophets.’

Prophets the ‘plague of all time’? Levi’s dismissal is understandable, for he was an atheist who had been to hell on earth and back. But it is sad, for the strong line of Hebrew prophets is not only a defining feature of his people’s heritage but one of the richest Jewish gifts to the history of the world. Elijah, Elisha, Isaiah, Jeremiah, Amos, Hosea, and many others — each was a hero of the moral word whose ‘Thus says the Lord’ shattered the status quo of his day. They each opened up perspectives on God’s truth, justice, and peace that restored the world, moved it forward through a transcendent point of leverage, or simply drew a line in the sand to mark off evil.

The prophetic calling, however, was closed to Levi because in his universe he acknowledged no caller. Unlike Søren Kierkegaard with his questing ‘knight of faith,’ Levi recognized no higher majesty to dub him knight.” 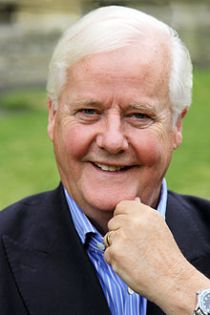 One of the major themes of Os Guinness‘ short book Prophetic Untimeliness: A Challenge to the Idol of Relevance, is the following provocative phrase:

Essentially, Guinness says that most “Christian” attempts at relevance end up being trivial, trite, and transient. This relevance is not based on truth but popularity, and thus Christianity today is largely irrelevant in the United States (and elsewhere where the same “relevance” is desired, such as here in South Africa). How many non-Christians listen to Christian radio or watch Christian movies because they are so relevant to the deep and fundamental issues of life?

Here’s a synopsis of the book in Guinness’ own terms.

“By our uncritical pursuit of relevance we have actually courted irrelevance; by our breathless chase after relevance without a matching commitment to faithfulness, we have become not only unfaithful but irrelevant; by our determined efforts to redefine ourselves in ways that are more compelling to the modern world than are faithful to Christ, we have lost not only our identity but our authority and relevance.  Our crying need is to be faithful as well as relevant” (p. 15).

Later in the book Guinness says, “Is the culture decisive and the audience sovereign for the Christian church?  Not for one moment” (p. 66).

A person only needs to listen to contemporary Christian radio for thirty minutes to realize that the Christian faith has been extremely watered down in our day. Since there is little talk of the law, sin, and God’s wrath, any mention of Jesus reduces him to a divine friend or perfect life coach rather than the sovereign Savior of miserable sinners of whom Scripture speaks.

Part one of this book is called “A Ghost Mind.” Guinness lists eight things that have dumbed down modern evangelicalism. The following list is a summary made by Shane Lems from the Reformed Reader blog:

1) Polarization: the focus on feelings at the expense of knowledge and reason.
2) Pietism: the emphasis on subjective experiential individualism at the expense of corporate and covenantal faith.
3) Primitivism: the romantic notion of going back to a simplistic innocent age of the past.
4) Populism: the idea of a religion of the people, for the people, and by the people.
5) Pluralism: the practice of affirming the lowest common doctrinal denominator, which leads to “deeds, not creeds.”
6) Pragmatism: the theory where “does it work?” is more important than “is it biblical?”
7) Philistinism: the blatant dislike of anything intellectual or scholarly.
8) Premillenialism [of the dispensational variety]: a theory of eschatology that nurtures anti-intellectualism by a fixation on the future and a disregard for the present.

The second half of the book (called “An Idiot Culture”) discusses the cultural factors that also led to the dumbing down of modern evangelicalism:

1) Amusement: the modern love of (or lust for?) entertainment.
2) Consumption: the lifestyle which abides by the “gospel” of advertisements.
3) Image: the infatuation with trends, looks, weight, sex, skin, etc.
4) Visual: the ability to watch a three hour movie coupled with the inability to read a serious three-hundred page book.
5) Postmodernity: the loss of overarching truth, meaning, and morality.
6) Media: the twisting or ignoring of truth for the sake of entertainment and cash.
7) Generationalism: the separating of generations with labels and stereotypes.
8) Cybergnosticism: the blending of the virtual (an early form of the internet) and what is real.