The English Nonconformist theologian Matthew Poole (1624-1679), most commonly known for his 5-vol Synopsis Criticorum (a biblical commentary in which he incorporates the views of 150 biblical critics from an array of theological traditions) and for his English Annotations upon the Holy Bible, published a book in 1667 called A Dialogue between a Popish Priest and an English Protestant, which was intended for a popular audience, unlike his more scholarly defence of Protestantism titled The Nullity of the Romish Faith, which was published the year before. In this Dialogue, Poole has the English Protestant and the Popish priest discuss various key points and arguments for their respective positions. One of these is the Popish priest’s accusation that the Protestant is guilty of schism. This is from p. 41-45 of the 1843 reprint:

Popish Priest: It is sufficient against you, that your church is schismatical, and you are all guilty of schism, in departing from the true catholic church, which is but one, and that is the Roman.

Protestant: I desire to know of you, whether in no case a man may separate from the church whereof he was a member, without schism?

Popish Priest: Yes, certainly, if there be sufficient cause for it; for the apostles did separate from the church of the Jews after Christ’s death; and the orthodox separated from the Arian churches, and all communion with them; yet none ever charged them with schism.

Protestant: Since you mention that instance, I pray you tell me why they separated from the Arians.

Popish Priest: Because they held this heresy, that Christ was a creature, and not the true God.

Protestant: Very well; hence then I conclude, that if your church do hold any heresy, and require all her members to hold it too, it is no schism for us to separate from you.

Popish Priest: That must needs be granted; but this is but a slander of yours, for our church holds no such heresies.

Protestant: Your church does not hold one, but many dangerous errors and heresies, as I do not doubt to manifest ere you and I part; and, if you please, we will leave the present argument to this issue: if I do not prove your church guilty of heresy, and the imposition of it too, I am content you should charge us with schism; if I do, you shall mention it no more.

Popish Priest: You speak reason; let it rest there.

Protestant: Besides, methinks, you deal barbarously with us; you drive us out from you by your tyranny, and then you blame us for departing; as if Sarah had called Hagar a schismatic for going out of Abraham’s family. From which she forced her. Tell me, I pray you, if the case be so that I must depart from the Roman church, or from God, what must I do?

Popish Priest: The case is plain; you must rather depart from that church.

Protestant: This is the case; if I do not depart from your church, she will force me to live in many mortal sins. I must believe a hundred lies, I must worship the cross, and relics, and images, which God commands me, under pain of his highest displeasure, not to worship. I must worship the sacrament with Divine worship, which I am assured is no other for substance than bread; for your church is not content to hold these opinions, but she enjoins these practices to all her members. And if things be thus, I think you will not have the confidence any more to charge us with schism for obeying the command of God to come out of Babylon, since you force all your members to partake with you in your sins, Rev. xviii. 4. Besides all this, let me ask you, upon what account you charge us with schism?

Popish Priest: For departing from the catholic church, and from your mother church of Rome, and from the pope, whose subjects once you were.

Protestant: If, then, I can prove that we are not departed from the catholic church, nor from our mother church, nor from any of that subjection we owe to the pope, I hope you will acquit us from schism.

Popish Priest: That I cannot deny.

Protestant: Then this danger is over. For, 1. We never did depart from the catholic church, which is not your particular Roman church, as you most ridiculously call it, but the whole multitude of believers and Christians in the world. Nay, the truth is, you are the schismatics, in renouncing all communion with all the Christian churches in the world, except your own, which are equal to yours in number, and many of them far superior in true piety. Next, we do not own you for our mother: Jerusalem which is above (not Babylon that is beneath) is the mother of us all, Gal. iv. 26. If we grant you now are a true church, yet you were but a sister-church.

Popish Priest: You forget that you received the gospel from our hands.

Protestant: Suppose we did really so; does that give you authority over us? If it did, not Rome, but Jerusalem should be the mother-church, from whom you also received the gospel. This you deny, which shows that you do not believe your own argument to be good. And as to the pope’s universal and infallible authority, which he pretends over all Christians, I have diligently read your arguments for it, and I freely profess to you, I find your pretences, both from Scripture and the fathers, so weak and frivolous, that I durst commend it to any understanding and disinterested person, as a most likely means to convince him of the vanity and falseness of that doctrine, that he would peruse any of your best authors, and the very sight of the weakness and impertinency of your arguments would abundantly satisfy him of the badness of your cause.

For another Protestant defence against the Catholic accusation of schism, see this recent post from French Huguenot Pierre Jurieu (1637-1713)

“There do meet in Jesus Christ, infinite highness, and infinite condescension. Christ, as he is God, is infinitely great and high above all. He is higher than the kings of the earth; for he is King of Kings, and Lord of Lords. He is higher than the heavens, and higher than the highest angels of heaven. So great is he, that all men, all kings and princes, are as worms of the dust before him, all nations are as the drop of the bucket, and the light dust of the balance; yea, and angels themselves are as nothing before him. He is so high, that he is infinitely above any need of us; above our reach, that we cannot be profitable to him, and above our conceptions, that we cannot comprehend him. Proverbs 30:4, “What is his name, and what is his Son’s name, if thou canst tell?” Our understandings, if we stretch them never so far, can’t reach up to his divine glory. Job 11:8, “It is high as heaven, what canst thou do?” Christ is the Creator, and great possessor of heaven and earth: he is sovereign lord of all: he rules over the whole universe, and doth whatsoever pleaseth him: his knowledge is without bound: his wisdom is perfect, and what none can circumvent: his power is infinite, and none can resist him: his riches are immense and inexhaustible: his majesty is infinitely awful.

And yet he is one of infinite condescension. None are so low, or inferior, but Christ’s condescension is sufficient to take a gracious notice of them. He condescends not only to the angels, humbling himself to behold the things that are done in heaven, but he also condescends to such poor creatures as men; and that not only so as to take notice of princes and great men, but of those that are of meanest rank and degree, “the poor of the world” (James 2:5). Such as are commonly despised by their fellow creatures, Christ don’t despise. 1 Corinthians 1:28, “Base things of the world, and things that are despised, hath God chosen.” Christ condescends to take notice of beggars (Luke 16:22) and of servants, and people of the most despised nations: in Christ Jesus is neither “Barbarian, Scythian, bond, nor free” (Colossians 3:11). He that is thus high, condescends to take a gracious notice of little children. Matthew 19:14, “Suffer little children to come unto me.” Yea, which is much more, his condescension is sufficient to take a gracious notice of the most unworthy, sinful creatures, those that have no good deservings, and those that have infinite ill deservings. 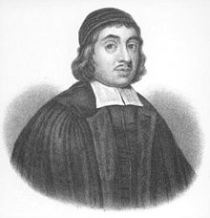 There shall be no Labour, Rev. 14:13. They rest from their Labours. As God when he had finished the Work of Creation rested from his Labours, Gen. 2:2. So when the Saints have finished the Work of Sanctification, they rest from their Labours. Where should there be rest but in the Heavenly Center? Not that this sweet rest in the Kingdom of Heaven excludes all Motion, for Spirits cannot be idle; but the Saints Glorified shall rest from all wearisome Imployment; it shall be a labour full of ease, a Motion full of Delight: The Saints in Heaven shall love God, and what labour is that? Is it any Labour to love Beauty? They shall praise God, and that sure is delightful: When the Bird sings, it is not so much a Labour as a pleasure.”