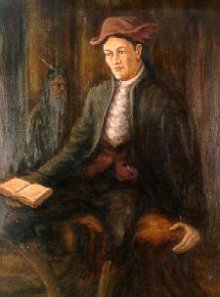 “Thursday, Nov. 4. [At Lebanon] Saw much of my nothingness most of this day: but felt concerned that I had no more sense of my insufficiency and unworthiness. O it is sweet lying in the dust! But it is distressing to feel in my soul that hell of corruption, which still remains in me. In the afternoon, had a sense of the sweetness of a strict, close, and constant devotedness to God, and my soul was comforted with his consolations. My soul felt a pleasing, yet painful concern, lest I should spend some moments without God. O may I always live to God! In the evening, I was visited by some friends, and spent the time in prayer and such conversation as tended to our edification. It was a comfortable season to my soul: I felt an intense desire to spend every moment for God. God is unspeakably gracious to me continually. In times past, he has given me inexpressible sweetness in the performance of duty. Frequently my soul has enjoyed much of God; but has been ready to say, ‘Lord, it is good to be here;’ and so to indulge sloth, while I have lived on the sweetness of my feelings.

But of late, God has been pleased to keep my soul hungry, almost continually; so that I have been filled with a kind of pleasing pain. When I really enjoy God, I feel my desires of him the more insatiable, and my thirstings after holiness the more unquenchable; and the Lord will not allow me to feel as though I were fully supplied and satisfied, but keeps me still reaching forward. I feel barren and empty, as though I could not live without more of God; I feel ashamed and guilty before him. Oh! I see that ‘the law is spiritual, but I am carnal.’ I do not, I cannot live to God.

Oh for holiness! Oh for more of God in my soul! Oh this pleasing pain! It makes my soul press after God; the language of it is, ‘Then shall I be satisfied, when I awake in God’s likeness,’ (Ps 17:15) but never, never before: and consequently I am engaged to ‘press towards the mark’ day by day. O that I may feel this continual hunger, and not be retarded, but rather animated by every cluster from Canaan, to reach forward in the narrow way, for the full enjoyment and possession of the heavenly inheritance! O that I may never loiter in my heavenly journey! These insatiable desires after God and holiness continued the two next days, with a great sense of his own exceeding unworthiness, and the nothingness of the things of this world.”

Pierre du Bosc (1623-1692) was an eminent French Reformed (Huguenot) pastor who, as a result of the persecution of Protestants following the repeal of the Edict of Nantes in 1685, was forced to flee to the Netherlands together with thousands of other Huguenots. He settled in Rotterdam, and preached there to his fellow French exiles, spending the rest of his life in the Dutch port city. During his exile in Rotterdam he preached a series on Ephesians which was subsequently printed under the title Sermons sur l’Épître de St. Paul aux Éphésiens, part of which was later translated into English. Below is an excerpt from his sermon on Eph. 1:4:

“‘Not unto us, O Lord, not unto us, but unto thy name give glory, for thy mercy and for thy truth’s sake,’ was a prayer, my brethren, of the church of Israel, which you will find recorded in the beginning of the cxv. Psalm. Now, what they uttered in the way of worship, may be adopted by us as a form of confession of faith, for not unto us, but unto God, belongs all the glory of our salvation, which flows entirely from his mercy and grace. Nothing is due to us; all comes from on high, from the Father of lights, who is the author of all good. ‘O Israel, thou hast destroyed thyself, but in me is thy help found,’ said God by his prophet, that all might learn, from the example of Israel, that our good comes entirely from the Lord. We are in darkness, from God comes our light; we are depraved, from God we get holiness; we are weak, from God we have strength; we are dead, of God we receive life; we are under eternal wrath and curse, God bestows blessing and salvation. We ought, then, to give him all the praise, and attribute nothing to man. Moses took the mirrors which devout women presented as an offering at the door of the tabernacle, and having broken them, he formed them into a sacred vessel to the Lord; and that burnished brass, which had served to reflect the lovely faces of the daughters of Israel, and which had often tempted them to forget God in admiring themselves, became a laver by which might be displayed the beauties and the charms of the face of Jehovah. So, in like manner, ought we to break in pieces everything which exalts only ourselves. Our religion and its services were never intended for this purpose, and if we ever mix up with them, feelings and sentiments, which have this tendency, they cannot too soon or too completely be destroyed. Our high and exalted privileges were never given us that we might admire ourselves for our good works, or make a display of them before our fellow men, or acquire fame, or gain aggrandizement by any moral worth which we may be supposed to possess; but rather on the contrary, that we may learn to sacrifice our love and high opinions of ourselves to God and his glory, and in any good that we may have attained to, see only him. It is very true that the gospel is a mirror, but in it you can see nothing but the worth of the Saviour. ‘We behold,’ says St. Paul, ‘as in a glass the glory of the Lord,’ not that of a man to admire our own merits, but that of God and his Son Jesus Christ, who is ‘the brightness of his glory,’ to admire and celebrate their goodness and their love. This is the only view given by the Christian revelation; and if, under its guidance, we ever see any good in ourselves, instead of teaching us to applaud and to glory in ourselves, it leads us directly to an humble acknowledgment of God’s favour, and to cry, ‘it is not us, but the grace of God which is in us’.” 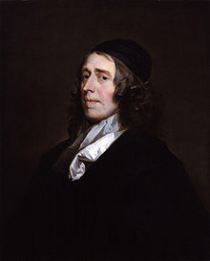 With Christmas edging closer and the shops decorated all over with the customary Christmas decorations, we do well to remind ourselves of the true message of Christmas: the glorious Incarnation of the Son of God in the Person of Jesus Christ, who came into the world “to seek and to save that which was lost” (Luke 19:10). In this line, here is John Owen (1616-1683) on the promised seed of Genesis 3:15:

“God having from the foundation of the world promised to bring forth the ‘Seed of the woman,’ to work out the redemption of his elect in the conquest of Satan, did, in the separation of Abraham from the rest of the world, begin to make provision of a peculiar stock, from whence the Seed of the woman should spring. That this was the cause and end of his call and separation is evident from hence, that immediately thereupon God assures him that ‘in his seed all the kindreds of the earth should be blessed,’ Gen. 12:1–3, 22:18; which is all one as if he had expressly said to him, ‘For this cause have I chosen and called thee, that in thee I might lay a foundation of bringing forth the promised Seed, by whom the curse is to be taken away, and the blessing of everlasting life procured,’ as Gal. 3:13, 14. For this cause was his posterity continued in a state of separation from the rest of the world, that He might seek a godly seed to himself, Num. 23:9; Mal. 2:15: for this cause did he raise them into a civil, regal, and church state, that he might in them typify and prefigure the offices and benefits of the promised Messiah, who was to gather to himself the nations that were to be blessed in the seed of Abraham, Gen. 49:10; Ps. 45; Hos. 3:5; Ezek. 34:23. And all their sacrifices did but shadow out that great expiation of sin which he was to make in his own person.”

In his Breviloquium, Bonaventure (1221-1274), the great medieval Franciscan theologian and Doctor Seraphicus (“The Seraphic Doctor”), offers a succinct description of the doctrine of the Holy Trinity. The parts in brackets I have added for the sake of clarity. This excerpt is from Part I, Chapter 3:

PART I, CHAPTER 3 – ON THE RIGHT UNDERSTANDING OF THIS FAITH

This is what we must hold if we would rightly understand faith in the Holy Trinity. 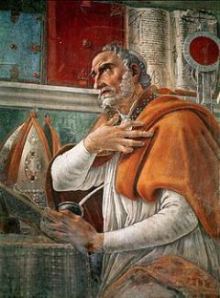 “The Word of the Father, by whom all time was created, was made flesh and was born in time for us. He, without whose divine permission no day completes its course, wished to have one day [set aside] for His human birth. In the bosom of His Father, He existed before all the cycles of ages; born of an earthly Mother, He entered upon the course of the years on this day. The Maker of man became Man that He, Ruler of the stars, might be nourished at the breast; that He, the Bread, might be hungry; that He, the Fountain, might thirst; that He, the Light, might sleep; that He, the Way, might be wearied by the journey; that He, the Truth, might be accused by false witnesses; that He, the Judge of the living and the dead, might be brought to trial by a mortal judge; that He, Justice, might be condemned by the unjust; that He, the Teacher, might be scourged with whips; that He, the Vine, might be crowned with thorns; that He, the Foundation, might be suspended upon a cross; that Strength might be weakened; that He who makes well might be wounded; that Life might die. To endure these and similar indignities for us, to free us, unworthy creatures, He who existed as the Son of God before all ages, without a beginning, deigned to become the Son of Man in these recent years. He did this although He who submitted to such great evils for our sake had done no evil, and although we, who were the recipients of so much good at His hands, had done nothing to merit these benefits. Begotten by the Father, He was not made by the Father; He was made Man in the Mother whom He Himself had made, so that He might exist here for a while, sprung from her who could never and nowhere have existed except through His power.”