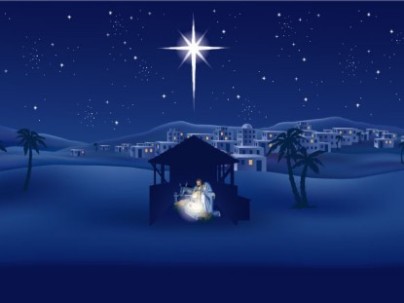 It is that time of the year when Christians around the world are commemorating the Incarnation of our Lord. For the past few years at Christmas time, I’ve always been drawn back to that great medieval theologian Anselm of Canterbury‘s famous question: cur Deus homo? (why did God become a man?). French Reformed Protestants from the 16th century offered a succinct answer:

1559 GALLIC CONFESSION, ARTICLE XVI
We believe that God, in sending his Son, intended to show his love and inestimable goodness towards us, giving him up to die to accomplish all righteousness, and raising him from the dead to secure for us the heavenly life.

Together with this, the Heidelberg Catechism, in what is essentially a summary of the Christmas message (i.e. the reason for Christ’s Incarnation), states:

Question 12. Since then, by the righteous judgment of God, we deserve temporal and eternal punishment, is there no way by which we may escape that punishment, and be again received into favour?

Answer: God will have his justice satisfied: and therefore we must make this full satisfaction, either by ourselves, or by another.

Question 13. Can we ourselves then make this satisfaction?

Answer: By no means; but on the contrary we daily increase our debt.

Question 14. Can there be found anywhere, one, who is a mere creature, able to satisfy for us?

Answer: None; for, first, God will not punish any other creature for the sin which man has committed; and further, no mere creature can sustain the burden of God’s eternal wrath against sin, so as to deliver others from it.

Question 15. What sort of a mediator and deliverer then must we seek for?

Answer: For one who is very man, and perfectly righteous; and yet more powerful than all creatures; that is, one who is also very God.

Question 16. Why must he be very man, and also perfectly righteous?

Answer: Because the justice of God requires that the same human nature which has sinned, should likewise make satisfaction for sin; and one, who is himself a sinner, cannot satisfy for others.

Question 17. Why must he in one person be also very God?

Answer: That he might, by the power of his Godhead sustain in his human nature, the burden of God’s wrath; and might obtain for, and restore to us, righteousness and life.

Question 18. Who then is that Mediator, who is in one person both very God, and a real righteous man?

Answer: Our Lord Jesus Christ: “who of God is made unto us wisdom, and righteousness, and sanctification, and redemption.”

Question 19. Whence knowest thou this?

Answer: From the holy gospel, which God himself first revealed in Paradise; and afterwards published by the patriarchs and prophets, and represented by the sacrifices and other ceremonies of the law; and lastly, has fulfilled it by his only begotten Son.