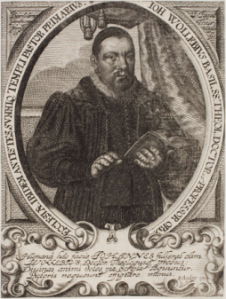 Facebook, if used moderately, is a great tool not only for interacting with others in general, but particularly to discuss theology with fellow Christians around the world. Many of the theologians I’ve come to love I’ve learnt of via Facebook through the posts and links of others, and it has often been a medium to share the gems I myself have found in my reading. That being said, Facebook has often been the site of many – often ugly – arguments and infighting between fellow Christians, which is utterly unfortunate. Some even go out of their way to post something controversial in order to provoke debate and controversy. While debate in itself is not a bad thing, often things get out of hand, and I’ve seen people calling others “heretics” based on the slightest difference of views. Now, I’m not a flag-bearer for ecumenism, and certainly a spade should be called a spade and heresies should be rebutted when they do appear, but we must be careful to distinguish between a heretic and a schismatic. In this regard, Johannes Wollebius (1589-1629) helps us out by stating the difference between the two, in his Compendium Theologiae Christianae, I.XXVII.1:

“Heretics are those who persistently, against the demonstrating light of truth, defend some dogma which directly or by a necessary consequence overthrows the foundation of Christian faith.”

“I. Not every error makes a heretic.

There may be error against the foundation [of the faith] like that of the Arians and Marcionites, who denied, the former the deity, and the latter the humanity, of Christ; or concerning the foundation, as the papists err in teaching transubstantiation, by which the truth of the human nature of Christ is taken away; or error by addition to the foundation, which errors are by Paul called hay, wood, etc. (1 Cor. 3:12).

II. The following make a heretic: (1) an error against the foundation [of the faith] or concerning the foundation, (2) conviction, (3) contumacy [i.e. rebellion against orthodox doctrine].

III. A schismatic is one who, although holding to the foundation of the faith, departs from some rite of the church, rashly or because of ambition.”

“A schismatic is one who while preserving the faith’s foundation departs from some rite of the Church or from a received doctrine or, for some other reason, from the Church. A heretic is one, who convulsing the foundations of faith either directly or by inevitable inference gives persistent battle on behalf of his heresy.” 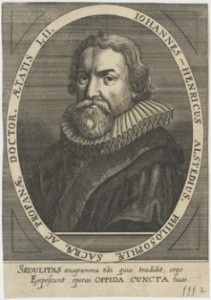 “A heretic differs from a schismatic. – The former errs in the doctrine and substance of faith, the schismatic in accessories. – The heretic corrupts the purity of faith by false dogma, the schismatic disrupts the bond of fraternal association.”

Based on this distinction, we can’t go around calling anyone who differs from us in the least detail a heretic. Heppe points out that, despite the Lutheran Church being regarded as schismatic by Reformed dogmaticians, yet “the kinship in faith of the two Protestant confessions was acknowledged.”

Therefore, friends, let us be careful who we call heretics. From a Reformed perspective, though Lutherans and Baptists, for example, differ from us in some respects (and not that these differences are mere trifles!), yet they do not overthrow the faith in doing so, since the foundation of the faith is still upheld by them. On this basis, the fraternal bond is preserved.