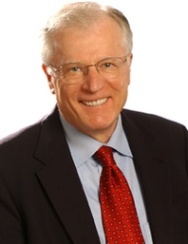 “Much of the evangelical church today has lost its confidence that the preaching of the cross is ‘the power of God that brings salvation’ (Romans 1:16). I fear that what many people assume is the gospel is not really the gospel at all, but rather a message diluted by popular culture.

Listen to much of the ‘gospel’ preached in America, and you will find these themes running through it: Man is essentially good, God wants you happy and personally fulfilled, the key to real change is positive thinking, and it is virtuous to be open to other belief systems.

What you will not find is an emphasis on the depravity of man, the holiness of God, and the urgent need to humble ourselves and approach God through Christ’s sacrifice alone. Nor is much said about the sacrifices and persecution we can expect to face as followers of Christ, and Scripture’s commands for us to live a holy life.

I know of a Muslim family that recently converted to Christianity at great personal cost. They visited a large, well-known church with the hope that they would here instruction from God’s Word. Instead, the pastor preached a sermon on the benefits of good nutrition. Needless to say, the family was stunned and disappointed.

Today’s church has, to a large extent, abandoned the very message that is most desperately needed at this critical hour of history. At a time when we need to engage our culture with the one message that has any hope of transforming it, many Christians have set aside the power of the gospel and replaced it with man-made programs, strategies, and gimmicks intended to attract the lost. Those won’t work, because there is nothing outside the gospel that has the power to bring real change to lives.

The apostles found themselves up against social, political, and religious barriers that they could not move. They had no political clout, no connections with people in high places who could help them out. From a human perspective, they were doomed to fail, and they had absolutely nothing to offer.

And yet they turned the world upside down.

The apostles were motivated by the conviction that God had entered their world and, through Christ’s death and resurrection, made it possible for even the most notorious sinner to be transformed. This confidence gave them an impact that was much greater than their numbers might suggest. Faced with ridicule, ostracism, and persecution, they kept the main thing the main thing. Even if no one had believed, they would have continued to do God’s work, leaving the results in His hands.

The cross is the hinge on which the door of history swings; it is the hub that holds the spokes of God’s purposes together.”

– Erwin W. Lutzer, In: The Cross in the Shadow of the Crescent: An Informed Response to Islam’s Conflict with Christianity, p. 110-111