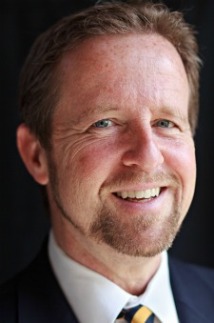 “According to an assertion of the great Roman Catholic historian of philosophy, Etienne Gilson, ‘For the first time, with the Reformation, there appeared this conception of a grace that saves a man without changing him, of a justice that redeems corrupted nature without restoring it, of a Christ who pardons the sinner for self-inflicted wounds but does not heal them.’ A surprising number of Protestants – including evangelicals – seem to share Gilson’s misunderstanding.

While Rome simply assimilated justification to sanctification, the Reformation position affirmed both as distinct yet inseparable gifts, G.C. Berkouwer replies to those who deny Luther’s interest in God’s gracious renovation of believers: ‘To anyone who has had a whiff of Luther’s writings this conception is incredible. Even a scanty imitation is enough to be convinced that justification for Luther meant much more than an external event with no importance for the inner man.’

Like the relation of the doctrine of substitution in relation to other aspects of the atonement, forensic justification not only allows room for other benefits of Christ; it is their source and security.

The reformers saw ‘Christ for us’ and ‘Christ in us’ –the alien righteousness imputed and the sanctifying righteousness imparted–as not only compatible but as necessarily and inextricably related. Those who are justified through faith are new creatures and begin then and there to love God and their neighbor, yielding the fruit of good works. Reformed churches agree with the Lutheran confession that if sin has free sway over one’s life, ‘the Holy Spirit and faith are not present.’ However, it is not simply that justification and sanctification always go together in the application of redemption, as if they were parallel tracts; justification is the only reason that there can be any sanctification of sinful believers. And both are granted in our union with Christ. The real question, then, is whether justification is the source of new obedience or its result. In fact, presenting our bodies as a living sacrifice, according to Paul, is “our reasonable [logiken] worship” in the light of ‘God’s mercies’ that have been explored to that point (Rom. 12:1). It is the Good News that yields good works. Salvation is not the prize for our obedience but the source. In the light of God mercies in Christ, offering themselves as living sacrifices actually makes sense.

I have mentioned before that Scripture integrates drama, doctrine, doxology, and discipleship in ways that we easily overlook. Christian faith and practice arise first of all out of a dramatic narrative: the unfolding plot of redemption from Genesis to Revelation. This story gives rise to doctrines: specific conclusions that God himself reveals as to the meaning and implications of this divine drama. The doctrines provoke us to faith, wonder, and praise. Our sails filled with the gust of grace, we sail out of the harbor into the wide open spaces of the world, loving and serving our neighbors in thanksgiving and joy. Without the biblical drama, the doctrine is abstract; without the doctrine, the doxology is much ado about nothing; without the doxology (shaped by the drama and the doctrine), discipleship is just another makeover: a few more fig leaves to conceal our nakedness.”